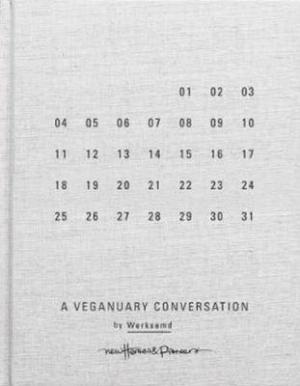 31 days, 31 hosts, 31 dinners, 31 photographers, 31 writers, 31 chapters. 15 cities, 8 countries, 11 chefs, 7 instances of sweet potatoes, 8 instances of chocolate, plenty of culinary ambition, impressive impro skills, an admirable amount of honesty, the expected dash of scepticism, a few doors ajar, just one - maybe two - firmly shut. And as such, perhaps an apt representation of the status quo of veganism in a much, much bigger picture than allowed on these few pages.The book features everyday dinners as well as several six-course culinary adventures. A Colombian stew was served in the middle of the snowy mountains. Whiskey fried bananas gathered people on the floor in a mini NY appartment. The Food/Non-Food department of Design Academy Eindhoven set up a special kind of food kitchen. There was a bohemian Lebanese feast in Barcelona and an Italian extravaganza of no less than 31 different herbs across 9 courses for a party of 4. To be noted are also the incidents of a couple of dramas, half a thumb lost and one love found.The book is a celebration of- and a conversation about veganism; told, cooked, photographed, improvised, drawn and mused over. Chapters by people completely new to the idea, rubbing shoulders with chapters by profiled writers whose unique perspectivesoffers a varied set of entry points to the subject matter. Among these are: James Wallman, Daniel Crockett, Aksel Braanen Sterri, David MacFarlane, Isha Datar, Marije Vogelzang, Tobias Leenaert, Nick Hagger, Kai Wu, Jostein Sand Nilsen and Mia Frogner.