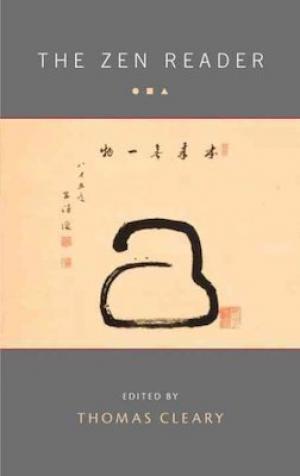 This book presents a thousand years of Zen teaching for the modern reader in a way that preserves the dynamic flavor of these talks, sayings, and records of heart-to-heart encounters. From the earliest adepts to the last of the great masters, The Zen Reader is a compendium of Zen at its best.

Zen has inspired and uplifted the minds of people in all walks of life, including famous artists, poets, and philosophers; political, religious, and military leaders; artisans, merchants, and agriculturists—both men and women, young and old. Not only did Buddhists of other schools study the impartial way of Zen, but so did followers of other religions, including Confucianists, Taoists, and Shintoists, using Zen techniques to rediscover their own traditions. The Zen masters presented here explain the principles, purposes, and practices of Zen, as well as the perils, pitfalls, and perversions. Self-understanding, methods of meditation, the use of koans, spiritual awakening, and integration with everyday life—all are found here in one volume.

REVIEWS
"One of the foremost contemporary translators of classical Buddhist and Taoist literature."—Library Journal

"There is no doubt in my mind that Thomas Cleary is the greatest translator of Buddhist texts from Chinese or Japanese into English of our generation, and that he will be so known by grateful Buddhist practitioners and scholars in future centuries. Single-handedly he has gone a long way toward building the beginnings of a Buddhist canon in English."—Robert A. F. Thurman, Tricycle